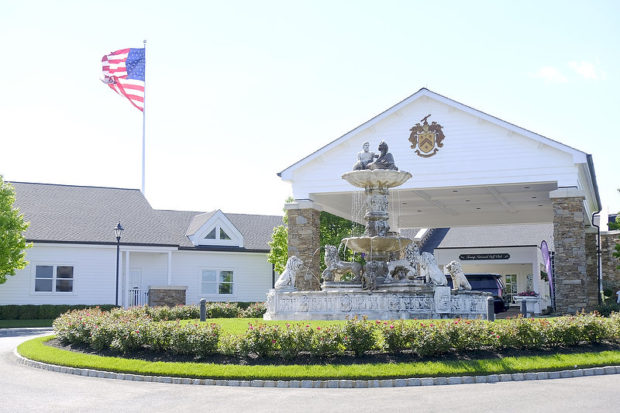 Since its construction in 1935, Camp David has been the retreat for the President of the United States. The next administration might have a new sanctuary in mind.

President-Elect Donald Trump has used his Trump National Golf Club in Bedminster as a base when not in his Midtown Manhattan skyscraper throughout his campaign. More recently, he’s used the New Jersey club to interview possible candidates for cabinet posts. He’s spent so much time at Bedminster, which is located 50 miles from New York City, that the question has been raised: will this be Trump’s frequent stomping grounds during the presidency?

A commander-in-chief calling a golf course his vacation home is not new. President Dwight Eisenhower was a frequent guest of Augusta National, logging 29 official trips during his time at the White House (the Augusta Chronicle cited 45 trips in total by Ike). And while Bedminster will never be confused with Magnolia Lane, it’s a beautiful property, set to host the 2017 U.S. Women’s Open and the 2022 PGA Championship. Given Trump’s love for the sport, it stands to reason he’d make continual use of his personal club, especially amid speculation that the 70 year old wants to spend weekends outside of Washington, D.C.