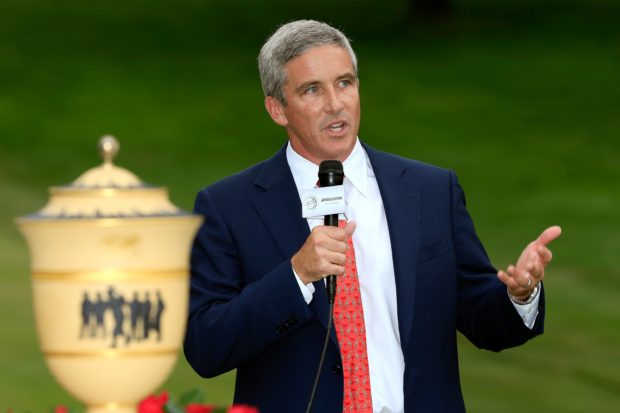 Jay Monahan wants to rearrange the golf calendar to maximize attention on the sport, eyes stake in a television network

Long before he became the fourth commissioner in PGA Tour history, Jay Monahan was an avid golfer. He comes from a Massachusetts family of golfers, played on the golf team at Trinity College in Connecticut and talks about the sport’s virtues with the fervor of an evangelist.

It is people like him who have put the PGA Tour on strong footing entering 2017, with a year-round schedule that is fully sponsored, increasingly global and offers a record $339 million in prize money.

But in his first interview since being formally appointed to the job in November, Monahan said one of his priorities will be to expand the appeal of the sport beyond its base. How much he is willing to tinker with a stable business in pursuit of new fans remains to be seen.

“What are the ways that we can evolve to be relevant to broader audiences?” Monahan said. “Over the next year or two, you’ll see us be more aggressive in that area.”

Monahan sees the potential to reach bigger audiences in emerging golf countries, particularly China. Domestically, he cited the 37.4 million non-golfers in the U.S. who are at least somewhat interested in taking up the game, according to 2015 research conducted by the nonprofit Physical Activity Council.

The Tour has its issues. With Tiger Woods past his prime and traditional television viewership in decline, the task of widening the reach of professional golf will require some creativity. And it will shape some of the biggest initiatives of Monahan’s tenure, which begins this week following the retirement of Tim Finchem.

The PGA Tour is trying to rearrange the golf calendar in a way that would maximize attention on the sport during the months when the NFL is not in season. That means moving the Players Championship from May to March, moving the PGA Championship from August to May and ending the FedEx Cup playoffs on Labor Day weekend instead of late September.