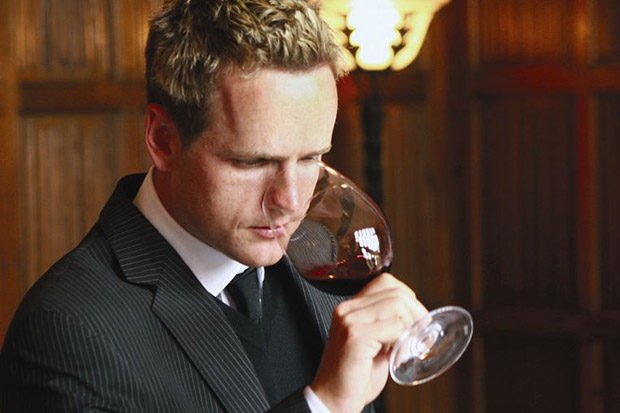 Professional Golfers in the Wine Business

Many legendary golf pros have invested heavily in the world of wine & are producing top-quality wines. Below are some of the golfers who are producing their own wine labels.

The Luke Donald Collection launched in 2008 with a Claret-style red wine blend. Donald-label wines originate in California’s Napa Valley in the vineyards of the Terlato Wine Group, which partnered with Donald to produce the label. Donald’s “personal involvement in the blending makes the wines original and unique,” the Terlato Web site states. More »

With his friend and partner Jean Engelbrecht, Els formed Engelbrecht Els Vineyards in South Africa in 1999, and the first vintage was produced in 2000. Five Bordeaux varietals are produced under the Els label, Cabernet Sauvignon, Merlot, Malbec, Cabernet Franc and Petit Verdot. More »

A native of South Africa who won 11 times on the PGA Tour, Frost grew up in the wine business – his father owned a vineyard. Frost bought his own, 300-acre vineyard in 1994, the David Frost Wine Estate, and produced his first vintage in 1997. His label’s offerings include Cabernet Sauvignon, Merlot, Par Excellence (a traditional red blend) and Shiraz. More »

Goosen is the third South African in a row on this list, and the fourth overall. Goosen’s “Goose Wines” label includes a vineyard in the wine growing region of his home country known as the Upper Langkloof Appellation. Goose Wines’ offerings include The Goose Sauvignon Blanc, The Goose Cabernet Sauvignon, The Goose Shiraz and The Goose Pinot Noir, among others. More »

Cristie Kerr Wines has a couple labels. The first from Kerr was the “Curvature” label is a collaboration with Suzanne Pride Bryan, owner of Pride Mountain Vineyards in California’s Napa Valley.

The Jack Nicklaus Wines label is produced in partnership with Terlato Wines (which also produces the Luke Donald Collection) and debuted in 2010 with two 2007 vintages – a Cabernet Sauvignon and a Private Reserve Cabernet. More »

Greg Norman Estates wines are produced from vineyards the company owns in Australia and California. Greg’s favorites include Lake County Zinfandel and Australian Reserve Shiraz. The Norman label offers a range of reds (including Cabernet Merlot and Pinot Noir); plus whites (Chardonnays) and sparkling wines. More »

Gary Player, aka the “Black Knight” due to the all-black attire he preferred during his golf career, has a wine label as part of his Black Knight Enterprises company. Not surprisingly, the label is named Black Knight Wine. Player’s wines are produced by the Quoin Rock winery in the Stellenbosch winelands of South Africa. The label launched with the Muirfield 1959 vintage, part of the “Gary Player Major Championship Series” that is planned to included 18 vintages released over a 20-year period. More »

The Annika label is produced in partnership with Wente Vineyards, located in California’s Livermore Valley. Sorenstam is known as an excellent home cook of gourmet meals, so expanding her brand into wine seems a natural step. The label’s first effort, Annika Vineyards Syrah, launched in 2009. More »

The 3-time LPGA major champion was traveling in California when her attention was caught by Broken Earth Vineyards in Paso Robles, California. It reminded her of the grape-growing region in her native Australia. And Stephenson decided to pursue a goal of “bring(ing) to the market a quality wine that could be affordable for daily consumption.” The Jan Stephenson Wines label was shortly born. Today, the label produces bottles of Chardonnay, Cabernet Sauvignon and Merlot. And there’s also a higher-priced Jan Stephenson Reserve. More »

Canadian native and Masters champion Mike Weir launched Mike Weir Estate Winery in 2005 both to showcase Niagara Region wines, and as a way to raise money for the Mike Weir Foundation, a charity that assists “the many causes that support children in physical, emotional or financial need.” Proceeds from sales of Weir’s wines support the Weir Foundation. The first vintage was a 2007 Cabernet Merlot, and subsequent wines have included Pinot Noirs, Chardonnays, and Sauvignon Blancs. More »

The Nick Faldo label was produced by Katnook Estate vineyards in Coonawarra, an Australian district noted for its red wines. The label was launched in 2000 and is out of production now, although bottles may still be found for sale. According to the Katnook Web site, “The aim behind Faldo wines is to capture the essential characteristics of Coonawarra in a harmonious, early drinking, forward fruit style priced for regular enjoyment.” Faldo wines included Shiraz, Cabernet Sauvignon and Sauvignon Blanc. More »