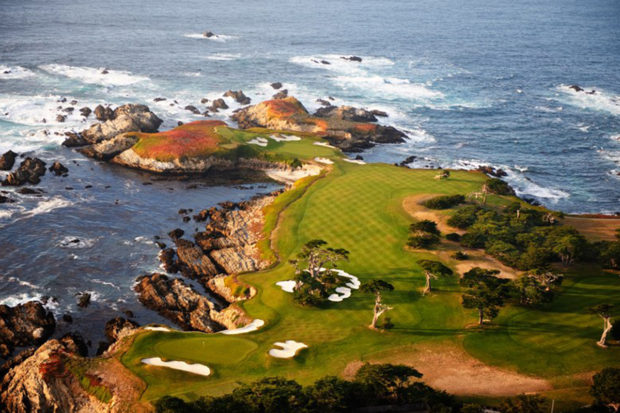 The lure of the almighty dollar has often been a tough opponent for USGA officials as they try to keep talented men’s amateurs from leaving for the “greener” pastures of professional golf in the run up to the Walker Cup. The notion that representing your country in the biennial event is “an experience of a lifetime” doesn’t spend quite as easily as a big cardboard check. Yet that doesn’t mean the USGA is without leverage, as it demonstrated Thursday with the announcement of two high-profile future host sites for the event in Seminole Golf Club in 2021 and Cypress Point Club in 2025.

USGA championship committee chairman Stuart Francis described the selection of the two venues as “emblematic of what George Herbert Walker intended when he helped create the first Match in 1922.” More critically, he noted: “To have two of the United States’ greatest courses as host sites will not only produce memorable competitions but reinforces the stature of amateur golf in this country.”

Indeed, holding the event at these exclusive and historic venues has the potential to give some players pause before seeking fame and fortune on the pro tours. When the Walker Cup was held in 2013 at Long Island’s National Golf Links of America, then Alabama junior-to-be Justin Thomas waited until after the competition to announce he was turning pro, in part due to the primo venue.

Seminole had been penciled in for a future match for a few years as the Donald Ross course by the Atlantic Ocean in Juno Beach, Fla., underwent renovations of bunkers and tee boxes by Bill Coore and Ben Crenshaw. One of the few complications with the site was finding an appropriate date to have the Walker Cup in Florida for the first time in the event’s history. The choice is May 8-9 in 2021, the first time the event will be played in the U.S. earlier than August in a given year.